Made in the (818) is The Valley Film Festival's signature showcase of films shot in or showcasing, and/or made by filmmakers currently living in The Valley.  VFF believes that the San Fernando Valley has a diverse landscape for every film shoot, whether you're using the backlot of Universal Studios or shooting guerrilla style at Hansen Dam. VFF encourages local production by creating a showcase just for these films, and we hope you'll consider the fabulous San Fernando Valley for your next film shoot.

We asked our Made in the (818) filmmakers to share a little bit more about their film, themselves, and their favorite place in The Valley: 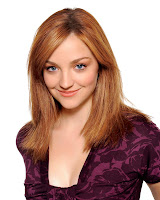 Born in Chicago and raised in Woodland Hills, Beth Einhorn is proud to be a Valley Girl and is the writer/director behind 500 DAYS OF ZANKOU. In this comedy short, SNL's Abby Elliott falls in love with Zankou Chicken. Shot entirely on location in the (818), Beth and her crew used Zankou Chicken in Toluca Lake and a private residence in Studio City.

When Beth isn't working on The Tonight Show with Jay Leno, or preparing for her next film shoot, she can be found at Fryman Canyon, Brent's Deli, Corbin Bowl, Candy Cane Lane, and Zankou Chicken (of course) on Sepulveda.

Some things are better left alone and Burbank based director, Michael Barton, delivers a creepy comedy in BY A HAIR. During our submissions process, this was the first film we screened that made us go "a-ha" and it was also one of the few that made us squirm in our seats.

From the mind of multi-hyphenate (writer-director-dp-editor-colorist) and Valley-born Mike Halper comes DECEIVERS. Shot in under two days in Mike's Sherman Oaks apartment, this thriller is about betrayal with so many twists, turns, and more twists, that you'll never see the ending coming.

A purist through and through, Mike can be found on the sets of short films, web series, or feature films being shot in The Valley. Next time you drive past a set, shout out to him!

THE DISAPPEARING GIRL TRICK, from director David Jackson Willis, is one of the older films screening at The Valley Film Festival, having been completed in 2001. While most festivals allow a two-year window to screen a project, VFF doesn't put restrictions on our submissions. In this gem, Broadway sensation, Susan Egan, stars as a TV producer who goes undercover as a magician's assistant to expose the "Disappearing Girl" trick. Even though this film was shot entirely at The Magic Castle in Hollywood, the producer gets props for being Valley-based!

Made for the 48 Hour Film Project, DRAIN DESERT TANNER follows the (mis)adventures of a Forensics investigator who makes an outlandish attempt to get himself out of a bad situation. Another multi-hyphenate (actor-director-editor-writer), Shant Hamassian comes to us from Calabasas where the old Paramount Ranch is.

Directed by Jimmy Lu, THE HURRICANE FIST is an action-packed Kung Fu film shot in the Angeles National Forest, starring Toy Lei of Sherman Oaks. When she's not mastering stances, punches, or kicks at the Van Nuys/Sherman Oaks Park, you can find her snowboarding.

LEAGUE OF S.T.EA.M: FOOL'S GOLD is a steampunk short film produced by VFF09 alumni and Burbank based Trip Hope. Don't know what steampunk is? Neither did we before this year, but we've come to learn that it is a fusion of 19th Century (Victorian era) and fantasy. Not to mention awesome costumes and cool gadgets! Sneak a peek here.

From NoHo based filmmakers Surge L'Rodriguez (director) and Preston Northrop (producer) comes the gritty drama MOTEL SAN FERNANDO. Shot and set in the SFV, an out-of-luck woman risks everything to provide for her younger sister during the current economic crisis. 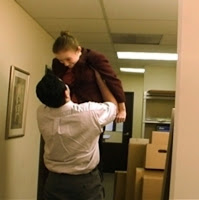 Hailing from our state capital, writer/producer Denise Dougherty has been a Valley resident for 36 years and shot WILL TRAIN RIGHT PERSON in Van Nuys. Making its world premier at VFF10, this family-friendly tale proves that in this economy, everyone is looking for work.  Rita Wood generously donated the use of her office building, providing Denise and her crew with a functioning set that allowed them to play around with geography and reality, a theme to their film.

Denise recommends Emle's on Reseda Blvd. in Northridge for their great food, atmosphere, and people!

These titles aren't the only films in the festival with an (818) connection, but we felt they complemented one another and showcased the diversity of what is possible in The Valley.

Made in the (818) screens on Friday, November 12, at 5pm, at CAP Theatre in Sherman Oaks. Purchase tickets here.

Posted by The Valley Film Festival at 7:53 PM

The Hollywood musical is recognized as a distinguished part of our movie history, playing an integral role in the evolution of movies during the 1920s through 1950s.