5 Ways You Can Help VFF17 Today

We can't wait to welcome you back to North Hollywood for the 17th Annual Valley Film Festival, October 25-29, and are excited to announce that our programming is in full swing, with the Los Angeles Premieres of the documentary, That Never Happened: Canada's First National Internment Operations, produced by Ryan Boyko and Diani Cofini, and the feature film, The Father and The Bear, directed by John Putch, which will open the Festival at Laemmle NoHo7.

But first, we need your help before our fiscal year ends on June 30th.

As a non-profit, we rely on your donations and thank you for making us the longest running film festival in L.A.'s San Fernando Valley, 17 years and counting! Your donation is tax-deductible and 89 cents of every $1.00 goes directly into producing the Festival and our local economy. Please give what you can today so we may continue to showcase independent films from around the corner and around the world.

Can't give today? We hear you. There are other ways you can help The Valley Film Festival:

VFF17 - Focus On: Meet The Programmers

We can't thank our panelists, sponsors, and attendees enough for joining VFF17 at Columbia College of Hollywood for our first panel of 2017: Meet The Programmers. If you missed the fun, you can watch the magic on Facebook Live.


A special thanks to our sponsors, especially Columbia College of Hollywood, without whom this would not have been possible:

Posted by The Valley Film Festival at 10:00 AM No comments:

Cine Gear is one of our favorite local expos! It's a chance for us to play around with film equipment, discover the newest technology, and meet up with friends from all over the globe on the historic Paramount Studios backlot.  Since you missed us this year, join us May 31-June 3, 2018. 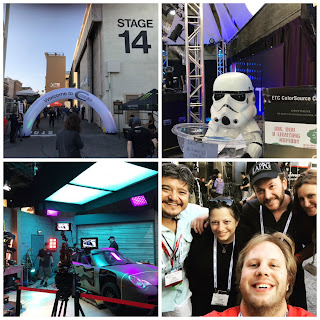 Posted by The Valley Film Festival at 8:38 PM No comments: