“A Country Full of Artists”: An Interview with Yirgashewa Teshome, Director of the Ethiopian International Film Festival 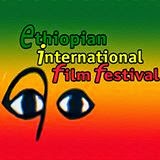 L.A. has all kinds of film festivals, a diversity comparable to the international scene.  We know about Cannes and Toronto, but those are only a few of the many festivals around the world contributing to film culture.  For example, I’ve been speaking recently with Yirgashewa Teshome, who runs the Ethiopian International Film Festival.  Here is part of our conversation:


James Latham:  For nearly a decade, the Ethiopian International Film Festival (ETHIOIFF) has screened a lot of films.  How does your festival serve the local or regional community?

Yirgashewa Teshome:  Each year, during a week in November, we screen about 100 films, including features, shorts, fiction, documentary, animation, experimental, classics, and contemporary films mostly from Ethiopia and Africa.  We invite filmmakers to discuss their work, give some of them juried awards, and organize workshops and seminars—all free to the public.  We celebrate Ethiopian and African cinema, building greater understanding and appreciation of indigenous work, including showing that there is no simple “Ethiopian” or “African” cinema, but instead diverse people, styles, sensibilities, issues, and genres.  We embrace the range of African cultures and, in doing so, broaden our viewers’ horizons by helping them to understand other people, to see their commonalities and differences.

We also welcome films from around the world.  We are interested in many universal subjects, for example, films about women or youth.  Or films that show new production techniques; or how to get the most from limited resources.  Overall, we work to represent our people, support them, and dialogue with them as well as the international community.

JL:  Being in the capital city of Addis Ababa—home to over 100 embassies, the African Union, and the UN Economic Commission for Africa—your festival has a broad scope.  How does the ETHIOIFF fit in with the arts, culture, and film environment in Ethiopia?  How do people tend to see movies in Ethiopia?  Amid so much poverty, are movies mostly a luxury?

YT:  To help achieve our broad scope, and make the most out of our location, we have gradually brought on board various embassies and international organizations.  For the last eight years, our program has included EMBASSY DAYS, in which about a dozen countries screen their own films and have discussions with the film professionals and audiences.  We also have worked with UNICEF and UNESCO in our COMMUNITY FOCUS program, which raises awareness of the concerns and aspirations of various groups in our community.  ETHIOIFF takes place at different venues throughout Addis Ababa, partly of necessity, but also to help reach the widest possible audiences.

Though poverty is a problem, it has not stifled our country’s long cultural traditions.  Ethiopia is a country full of artists, traditional as well as modern, working in diverse mediums.  For centuries, the large Christian population has been a major part of our arts and culture landscape, with churches providing plays, music, dance, and other forms of expression.  Ethiopians love films, especially when they portray us openly and honestly.  And while filmmaking and viewing have been less accessible practices compared to traditional arts, things are improving as technologies get better and cheaper.

JL:  Could you tell me about some recent African films you screened that were especially compelling for your audiences?

YT:  Two recent award winning films that we sent to our partner festivals in the USA and Uganda are METENI and HERMLA.  The first is a short documentary-drama about a young Afar woman named Meteni, who has two small children and whose work is truly inspirational.  The Afars are nomads who move with their herds through northern Ethiopia, one of the hottest regions on earth, and the film shows Meteni at work—dismantling her small house, moving it and all the family’s possessions by camel to a new camp site, grinding maize by hand, milking goats, and carrying water for miles in scorching heat.  When she becomes pregnant, she continues her punishing workload with disastrous consequences.  This compelling film shows the hard lives of many rural Ethiopian women, as well as their strength and resilience.

HERMLA is a feature film based on a true story that happened in Addis Ababa and got the attention of all the Ethiopian media organizations, the government, and even Human Rights Watch.  The film is about a man named Kassahun, whose obsession for a woman named Hermla grows so that he becomes violent towards her and her family, with tragic results.  This powerful film combines themes of loneliness, love, obsession, acceptance, human rights, injustice, and murder.

JL:  Could you describe another successful film that is very different, such as a musical or comedy—that helps illustrate the diversity of your programming?

YT:  YEWONDOCH GUDAI (or “BOYS AFFAIR”) is a romantic comedy feature about a group of young friends (five boys, one girl) who work together and face different social problems with each other and their boss.  These interactions are funny and show the characters thinking about beauty, money, love relationships, and other experiences they (and many of us) face.  It was a very popular film, especially with young people, and led to a sequel.

JL:  When I was in Ethiopia about five years ago, the most visible advertising image was for Coca Cola.  Do Hollywood movies have a similarly big presence on local screens?  How does the Ethiopian public tend to respond to them?

YT:  The presence of Hollywood films in Ethiopia is tiny, partly because there are relatively few traditional screening venues.  In Addis Ababa, there are about 15 commercial movie theaters and another half dozen run by government organizations; Hollywood films screen in only two theaters.  New media technologies have expanded our access to Hollywood films, and the public has responded favorably to some of them, such as TITANIC.  But I cannot say there is strong demand, partly because few Hollywood films depict Africa at all, and even fewer depict it well.  Ironically, Americans and Europeans have made the most films about Africa as well as the least accurate ones—portraying the continent as an exotic land inferior to the West, lacking in so many ways.  Even today, Western media images rarely do justice to Africa, continuing to portray it as a place “to be pitied, worshipped, or dominated,” as Binyavanga Wainaina writes in his brilliant satire HOW TO WRITE ABOUT AFRICA.  This is a big reason why we have to support our own filmmakers, to get their works seen both in and outside of Africa.

JL:  What are some of your festival's greatest challenges or needs?

YT:  Running any international film festival is a daunting task, especially in places like Ethiopia.  The very concept of such a festival, along with its many parts—films from many places, different screening venues, participating filmmakers, various programs, special commissioned cultural projects—all of this is hard to explain to people who’ve never experienced such things.  The government, our sponsors, volunteers, audiences—all required some learning about what exactly we’re doing, how, and why.

Like many festivals, we’re understaffed and underfunded, relying heavily on volunteers and donations.  We have the added challenge of being in a poor country.  Addis Ababa is a modern city with cars, hotels, and other conveniences, but also with real problems, such as unreliable electricity and Internet service.  Fortunately, we’ve had some good support from local businesses, but, unfortunately, there is no local government support (such as funding) for film production and culture—so we’ve had to be very resourceful.

JL:  What are your relationships with other festivals or film organizations outside Ethiopia?
YT:  We have several relationships that mostly involve exchanges of films, professionals, and information so we can support each other.  We have been doing this with the New York African Film Festival, the International Panafrican Film Festival in Cannes, the Afrika Film festival in Belgium, and the Amakula Kampala International Film Festival in Uganda.  As we are planning to develop short film and youth-oriented screenings, this year we established a similar partnership with the National Film Festival for Talented Youth, in Seattle, Washington and the TAOS Shortz Film Fest, in New Mexico.  They will send us best-of films to screen, and we’ll send them selected Ethiopian films.  These relationships are flexible, sustainable, and mutually beneficial.

JL:  Are the films you’re sending to NFFTY about youth, or made by them?  What opportunities are there in Ethiopia for young people to make films?

YT:  They’re about them; very few Ethiopian youth make films.  This is a main reason we have our youth-oriented screening section and relationship with NFFTY—to encourage our young aspiring filmmakers by showing things that are personally important to them; and to provide a more accurate and complete image of African youth to those outside of Africa.

JL:  Can you tell me more about what you’re doing with the American film festivals?  What other kinds of organizations or people would you most like to connect with in the U.S.?

YT:  Our relationships with the American festivals basically involve exchanging films as well as professionals and promoting each other in our publicity materials.  The professional exchanges go both ways, as needed.  Whenever we want professional people to give specialized training, seminars, public lectures, etc. we go first to our partner festivals.  Likewise, we provide our own expertise for them, such as person who can speak or present papers about Ethiopian films.

Regarding other types of organizations, we are open to various possibilities for collaboration.  For partnerships, we would like to connect with film festivals that have common interests with our own.  We’re also interested in TV outlets, online markets, print media, arts and cultural organizations, community groups, schools, or theatres interested in screening Africa-related films.  Financially, our needs include support for the festival and its programs, for travel to or from Africa, and for things like publishing our annual program / catalog.  As a service to our community, we believe our screenings should be free and open to the public, which unfortunately deprives us of box-office revenue.

We are always connecting with film people interested in coming to Ethiopia or Africa, whether as a place to show films or make them.  Ethiopia has a production-friendly climate, with warm and sunny weather year round, diverse geography, a stable political environment, and low costs.  The MGM production SHAFT IN AFRICA is one of the best known Hollywood films set in Ethiopia, with a largely local cast.  We have equipment and trained professionals, as Ethiopia produces some 100 feature-length films a year.  (Distribution of indigenous films is a big frustration, something we help to resolve by giving some exposure locally and through outside organizations.)

JL:  As a last word, is there anything else you’d like to mention?

YT:  Most people in the world know little about Africa, much less Ethiopia, and we are working to change that.  We’re committed to promoting Ethiopian culture locally and around the world, and glad to help anyone in this area, whether it’s providing access to films, filmmakers, information, or other resources.  For anyone working on film publications, studies, conferences, or other activities—we’re happy to help.  Please feel free to contact me anytime at www.ethioiff.com.

Thank you so much for the interview!
---
For more on The Valley Film Festival, visit our website or Facebook page.

Gearing Up for VFF14

Though it’s now officially mid-summer, we’re already preparing for VFF14.  For filmmakers, we encourage you to send us your submissions.  The final deadline is August 10, though it’s cheaper ($75) from now until the end of July.

Also, if you are interested in doing some volunteering, we have a need for people now:
·         Screening / voting on film submissions (shorts and features)
·         Social media outreach, research, etc.

And during the festival:
·         Ushers, will-call table attendants, floaters, etc.

Whatever works for you.  Let us know.  For more information, visit our website or Facebook page.
Posted by VFF Editor at 11:37 AM No comments: