The Valley Film Festival (VFF) has wrapped its 17th showcase of independent film and we look forward to seeing you at VFF18, November 2018!

Producing VFF is a year round effort and we'd like to thank the army of volunteers, filmmakers, sponsors, fans, Laemmle NoHo7 staff, and Community Partners without whom the Festival would not be possible. We sincerely appreciate your time, commitment, and enthusiasm to bring quality cinema to L.A.'s San Fernando Valley each year.

A very special thanks to Gallery 800 for hosting our closing night awards and Big Sugar Bakeshop for the special treats. Without further ado, we're thrilled to share our 2017 Award Winners:

The Bail Out
Directed by Christian Guiton

Posted by The Valley Film Festival at 12:00 PM 5 comments:

Friday the 13th isn't unlucky if you're an independent film lover! The Valley Film Festival has a fabulous lineup of feature films to inspire, entertain, and move you!


DIANI AND DEVINE MEET THE APOCALYPSE (Comedy/90min/USA)
Directed by Etta Devine & Gabriel Diani
When all power and communication systems mysteriously shut off, comedy duo and couple, Gabriel Diani and Etta Devine, pack up their troubles and hit the road with their trusty dog, Watson, and their miserable cat Mrs. Peel in search of a safe haven to wait out the possible extinction event. Featuring appearances by Barry Bostwick, Janet Varney, Jonathan Silverma, Kirsten Vangsness, Armin Shimerman, Harry Groener, and more.

MILWAUKEE 53206 (Documentary/56min/USA)
Directed by Keith McQuirter
MILWAUKEE 53206 chronicles the lives of those affected by incarceration in America's most incarcerated ZIP code. Through the intimate stories of three 53206 residents, we witness the high toll mass incarceration takes on individuals and families that make-up the community. The film not only examines Milwaukee's ZIP code 53206, but also illuminates the story of people from across the United States who live with the daily affects of mass incarceration.

ROBERT SHAW - MAN OF MANY VOICES (Documentary/71min/USA)
Directed by Pamela Roberts & Peter Miller
The remarkable story about the unbelievable rise of a great symphonic conductor from a background of pop music and very little formal training, and a moving tale of a man wrestling demons while still creating choral music that towers as the gold standard even today.

SHE, THE SERGEANT MATACHO (Drama/90min/Colombia)
Directed by William Gonzalez
Based on true events, this action film begins in 1948 when the Columbian government slaughters those supporting the Liberal party, including Rosalba Velasquez's husband. Rosalba joins the Guerrillas and becomes known for her courage and nom de guerre, Sargento Matacho, over the years.

THAT NEVER HAPPENED: CANADA'S FIRST NATIONAL INTERNMENT OPERATIONS (Documentary/75min/Canada)
Directed by Ryan Boyko
The story of Canada's first national internment operations between 1914 - 1920, when over 88,000 people were forced to register and more than 8,500 were wrongfully imprisoned in concentration camps across Canada. In 1954 the public records were destroyed and in the 1980s a few brave men and women began working to reclaim this chapter in history and ensure future generations would know about it.

THE FATHER & THE BEAR (Drama/85min/USA)
Directed by John Putch
Byron Temple, a retired character actor (Wil Love) with diagnosed dementia, longs to perform at his beloved summer theater one last time. Against his daughter's wishes (Dendrie Taylor), he accepts a role from the newly installed artistic director (David DeLuise) who is unaware of Byron's condition.

THE SUNRISE STORYTELLER (Documentary/65min/Canada)
Directed by Kasha Sequoia Slavner
Follow the journey of teenage filmmaker & social justice advocate, Kasha Sequoia Slavner, as she sets out for six months on her 16th birthday across the world in search of stories of hope and resilience that shine a light on what it means to be a global citizen and how we can all make a difference.

TROUBLE IS MY BUSINESS (Thriller/107min/USA)
Directed by Tom Konkle
A dark tale of love and betrayal, told in the classic style of film noir. Detective Roland Drake falls for two sisters from the Montemar family. One woman is dead and the other wants to kill him. Featuring Vernon Wells.

WAKING DAVID (Drama/85min/UK)
Directed by Kevin Nash
In this drama, Scarlett, an American psychologist visits her half-sister to learn more about their father who died 10 years earlier. The family creates a wall of secrecy and lies surrounding his death and, as Scarlett delves deeper, shatters their stability. The film explores the dangers both of keeping secrets and digging them up. Featuring Harriet Madeley.


YOU GO TO MY HEAD (Thriller/116min/Belgium, Morocco)
Directed by Dimitri de Clercq
A thriller set in a desolate stretch of the Sahara, about a man, Jake, who finds his wife, Daphne, lost & alone after a car accident now suffering from post-traumatic amnesia. This is a love story with a twist and a twisted story with love. Featuring Delfine Bafort, Svetozar Cvetkovic. 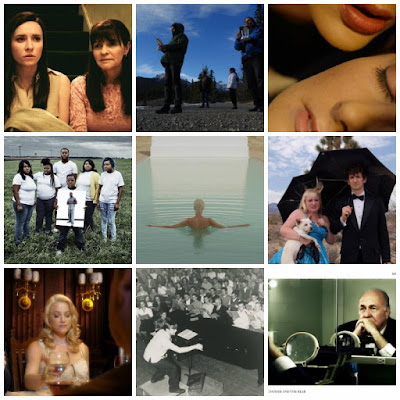 Posted by The Valley Film Festival at 6:40 PM 1 comment:

Email ThisBlogThis!Share to TwitterShare to FacebookShare to Pinterest
Labels: Diani and Devine, Her Side of the Bed, Lovers, She the Sergeant Matacho, That Never Happened, The Father and The Bear, The Sunrise Storyteller, Trouble is My Business, VFF17, Waking David, You Go to My Head

When we say, The Valley Film Festival, we mean THE WHOLE DARN VALLEY

For the past 17 years, The Valley Film Festival has produced annual independent 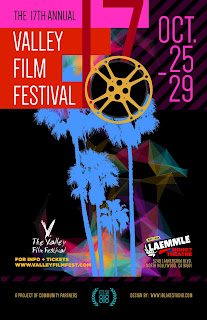 cinexplosions at the Laemmle NoHo 7 with adjunct programs and parties running all the way up and down “the Lankershim strip” in the NoHo Arts District. VFF continues to hold court as the largest and longest running film festival in the San Fernando Valley, bringing in about 12K total foot traffic each year.

Yes, Laemmle NoHo 7 is in The Valley.  But the name, “The Valley Film Festival” refers to a lot more than just our venue’s location. The name is reflective of our targeted- to-Valley-folk programming. We primarily focus on films with concrete production or cast ties to the (818). Or we program foreign films that speak to the specific cultural needs of The Valley’s strongest international demographics.  In short, we are of, from, and all about The Valley.

As traditional movie theatre audiences continue to decline, more and more theatres are willing to take a chance on a film festival in efforts to raise revenue. The result has been a propagation of small festivals popping up all over The Valley and in the world at large. So how can The Valley Film Festival continue to differentiate itself from the herd when every day it seems like someone else in the (818) is starting yet another festival?

I spoke to VFF’s new co-producer, David Kraus to learn more about his efforts to expand the presence, financials, and outreach for VFF, making sure that filmmakers, distributors, and audiences know that we represent the whole valley.

David Krouse - “2017 has been a ground-breaking year for the festival. We’ve grown in every direction; expanded programming, venue additions, partnerships with online and broadcast tv stations, sponsors, staff, and social media. We are also growing our distribution wing. Next year we will be hosting a film market to help connect hundreds of local filmmakers with the companies who acquire content.

My overarching vision for VFF is to become THE Valley Film Festival – as the single most important annual cultural  event in the San Fernando Valley, from the West Hills to Burbank. To achieve these visions, we needed to expand.”

The focus has been on evolving our programming to now host year-round community screenings, parties, events, and panels on every aspect on filmmaking. We are now able to offer exhibition to a wider range of filmmakers, branching into episodic and VR media. Additionally, now we have an opportunity to import more international cinema into The Valley. Our international community deserve a chance to see films on screen in their own language. The more we can provide, the better.

DK - “One of my first thoughts for a screening venue (far away from North Hollywood) was the elegant but cozy 75 seat theatre and spacious reception area at Columbia College Hollywood in Tarzana. I approached the film school about partnering with us and are so excited to have them in board. So far, it’s been a perfect fit and we have already hosted 3 crowded, successful panels.”

The Valley Film Festival’s first Community Screening will be on Saturday October 7th with a “real talk” discussion about the highs and lows of mumblecore (microbudget filmmaking). 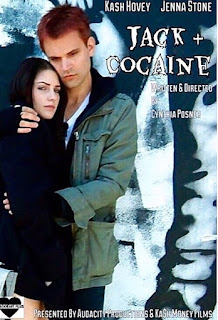 Both the dramatic feature, “Jack and Cocaine” and comedic short “Rock This” were produced for barely any money. But neither filmmaker let money get in the way of realizing their dreams.  Even the most successful filmmaker usually started out, at some point, with an idea, a camera, and few friends in a frenzy of passion, cheap and fast, on a mission to just get the story out.

The Valley Film Festival is so excited about this screening. We feel it will inspire artists and non-artists alike to take a crack at this art form that, thanks to today’s technology, is no longer just for the rich and connected.

I'll have more to say about our expansion as it continues to unfold. But for now, just remember, when we say, "Valley Film Festival," yes, we mean the whole darn Valley!!