North Hollywood, California – The fifteenth annual Valley Film Festival (VFF) announces its complete line-up and Opening Night screening.  VFF returns in full force with a five-day festival showcasing 40 of the best independent films, from the (818) and from around the world, October 21-25 at Laemmle NoHo7 in the NoHo Arts District. Tickets are $12 and available at ValleyFilmFest.com.

The Festival kicks off Opening Night, Wednesday, October 21, with a special screening of  FORBIDDEN ZONE – in color! Referred to as the Citizen Kane of underground movies, a French girl falls into an insane underworld ruled by a horny little king and his jealous queen. This cult classic stars Susan Tyrrell, Herve Villechaise, Danny Elfman, Matthew Bright, and Marie-Pascale Elfman. The soundtrack features music by Danny Elfman, Cab Calloway, Josephine Baker and others.  Preceded by a fun, live pre-show with Richard Elfman, this screening is a tribute to Producer, Jack F. Murphy, who served on VFF’s Advisory Board from 2008 until his passing in 2014. 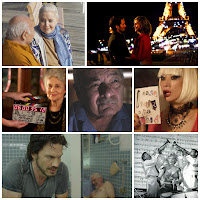 
The Festival continues to proudly support local independent production, with twenty films made by Angelenos, Vals, and shot in or about the glamorous San Fernando Valley. THEWRISTWATCH, a drama directed by Gino Gaetano, uses Woodland Hills as the backdrop to transform the lives of four people who come in contact with a supernatural wristwatch.  Other local features include DIRTY BEAUTIFUL, a dysfunctional love story, and our closing night feature, ACTOR FOR HIRE, a comedy about a bald actor in Hollywood who discovers the power of persona in the form of a cheap wig. 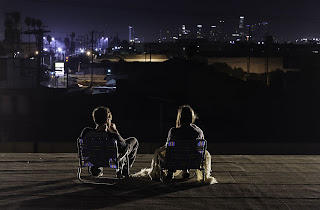 VFF continues to program diverse films from around the country and the world. This year’s programs include films from New Jersey to Ohio and Spain to Serbia.

7 DAYS IN SYRIA kicks off our documentary programming and follows Newsweek Middle East Editor, Janine di Giovanni, who risks it all to ensure the world knows about the suffering of the Syrian people. While CONGOBEAT THE DRUM takes us on an adventure, to catch-up with forgotten Reggae artists of the 70s & 80s, SLINGSHOT takes us into the world of Segway inventor, Dean Kamen, and his work to solve the world’s water crisis.

LA Premieres include the feature films: Boned, Congo Beat the Drum, It Plays Like Love, and The Wristwatch. Short films making their LA debut are: As it is in Heaven; A Divinely Twisted Comedy, Blue-Eyed Me, Californication, Fruitcake, It’s a Journey, Not a Destination, Number 2: If I Were Marilyn, Omid, Marilyn and I, My Sardasht, Pretty Good Day, and Wings 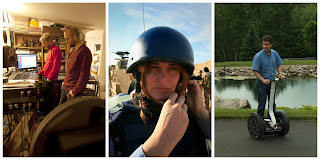 THE VALLEY FILM FESTIVAL:
CINEMA SO INDEPENDENT
IT CAN ONLY BE FOUND IN THE (818)!

THE VALLEY FILM FESTIVAL 2015 will open on Wednesday, October 21 and continue through Sunday, October 25 with daily screenings at the LAEMMLE NOHO 7, located at 5240 Lankershim Blvd. in North Hollywood. Tickets are $12. For more information and tickets, visit ValleyFilmFest.com. 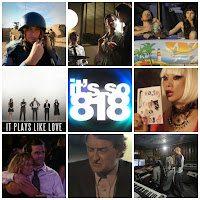 
SUNDAY – 10/25
12:00 pm/noon - Documentary Program: Congo Beat the Drum with The Fallen Phoenix
2:30 pm – Documentary Program: SlingShot with Blue-Eyed Me
4:00 pm – “Love My Way” Shorts Program: The After Party, Californication, French Kiss, Hanky Panky, I’ll Text You, Marilyn and I, and Tom in America
6:00pm – Closing Night Program: Actor for Hire with Fruitcake
Posted by The Valley Film Festival at 12:25 AM