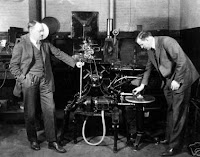 If you didn't already know, The Valley Film Festival loves independent films. We love seeing images from nooks of the world we didn't know of, or bands we've never heard before, or feeling chemistry rock between characters on screen. In fact, there's very little we dislike about indie film. But there is one thing we really, really hate (besides a 10-minute vomit scene that serves no purpose) and that is...bad sound!


In the last 48 hours, we've watched 10 feature films ranging in length from 50 minutes to over 2 hours for our pals at Dances With Films, who are 6 weeks away from their 14th festival. (Check them out June 2-9 at the Laemmle Sunset 5 in West Hollywood.) And, in every single film there was some sound element that brought us out of the moment. This is by no means a reflection on the festival itself, because we're willing to put money on the fact that every film festival from Cannes, to Sundance, to Telluride and Berlin, receive submissions with sound issues. VFF does!  OK, maybe if IATSE Local 695 had a festival, this would be the exception.


There is nothing more annoying then trying to focus on the content of a film and having to adjust the volume up and down for every scene. And, we do mean EVERY scene. Or, watching a documentary about a band and not being able to hear their music over the clinking of beer bottles and audience conversation. Or, having one character mic'd up (and super loud) and not being able to hear the other character(s) in the scene. Or....we could go on and on.

Production sound equipment available today has come a long way since the talkies -- it's better, easier to use, more affordable and accessible. And, if you don't have access to specific equipment, or didn't account for it in the budget, then perhaps that 2-hour musical isn't the feature film you should be mortgaging your house for.

There is no place for poorly recorded sound in 2011. Period.
Posted by The Valley Film Festival at 10:39 PM