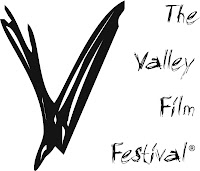 It’s not cool that so many independent filmmakers struggle with limited resources, but some of my favorite films are ones that make the most out of the least.

For example, films that get a lot of creative mileage from limited physical space, turning a stagey liability into a creative advantage.  You know, like with the warehouse in Reservoir Dogs, or the jury room in 12 Angry Men, or the library in The Breakfast Club.  One of the first films I saw of this sort was Swimming to Cambodia, a feature-length monologue shot almost entirely in a small black-box theater.  Potentially boring, but actually a powerful experience due to Spalding Gray’s gripping monologue along with several other (cheap to do yet creatively effective) elements including lighting, camera placement, music and sound effects, props, and costumes.

Lots of films make less extensive use of tight quarters, like Bonnie and Clyde and Taxi Driver did with cars.  At the VFF, we’ve shown films set in car trunks, if you can imagine that.

One of the stranger uses of limited space I’ve seen is Wavelength, which I first saw in grad school as I was learning about experimental film.  Set in an open loft-style apartment in NYC, this film is a gradual (discontinuous) 45-minute zoom from a wide shot of the whole loft to what becomes recognizable as a photograph of ocean waves mounted on the wall opposite the camera.  Sounds boring, and it does start that way, with an ambiguity that begs questions like “where are we, what the hell’s going on, is this a joke?”  Gradually, though, with the help of the viewer, the film develops its own alternative sort of (meta)narrative, building to an intense audiovisual experience and eventual resolution.  The intensity comes as we grapple with making sense of what’s happening generally, and with the various things that happen along the way, including the camera being adjusted in various ways, people inexplicably coming and going, and the naturalistic sound being replaced by an increasing sine wave that can be both exhilarating and tortuous.

I’m probably not doing justice to the film, which is on YouTube; that also doesn’t do it justice, but at least you can get a sense of what I’m talking about.  Maybe it helps to think of Wavelength as a kind of meditation (or joke) on relations between the media, or between image and sound; or that the media are all “in the boredom-killing business,” to quote Peter Finch in Network.  Anyway, simultaneously simple and esoteric, this film is not for everyone; but as a radical departure from the mainstream, and a very creative use of limited resources, it’s worth the ride.